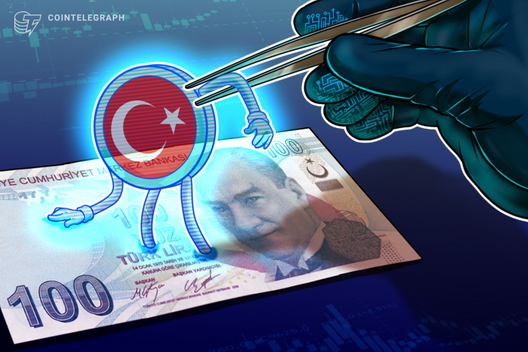 Flying under the radar, Turkey is becoming one of the leading adopters of crypto in the world.

When thinking of countries that are ahead of the curve in crypto adoption, Turkey might not be the first place that springs to mind. However, Statistica’s Global Consumer Survey for 2019 shows that a fifth Turkish residents are acquainted with crypto and have been exposed to it in some form or another. If the figures are true, 20% is the highest proportion of all the countries in the world.

Flying under the radar, Turkey has undoubtedly become a crypto giant, and with President Recep Tayyip Erdoğan recently announcing that testing of the digital lira is to be finalized in 2020, crypto is destined to become even more popular.

In fact, observing the rapid rise of crypto and blockchain in the country, Cointelgraph has unveiled the Turkish edition of the outlet this year. This article was written in association with their team — and in particular, the editor, Erhan Kahraman.

While the country’s government was initially reluctant to embrace cryptocurrencies, the people had always found utility in it. A survey from ING conducted in April 2015 found that 45% of Turkish people believed that digital currencies such as Bitcoin (BTC) were the future of online spending. This constituted the highest percentage for all the European countries surveyed, surpassing the European average of 28% by a wide margin.

This higher acceptance of crypto signals that Turkish people more readily use mobile devices for financial activities. The same survey showed that 56% of Turks had used mobile payment apps in contrast with the Eurpoean consumers’ average of 33%.

Barış Özistek, the chairman of both venture capital fund Boğaziçi Ventures and games publication company Netmarble EMEA, attributed the high adoption of crypto to the advanced gaming market of the country, telling Cointelegraph, “There are more than 30 million active gamers in Turkey. Gaming is a sphere in which virtual equipment and digital currency is used for the first time, and used most commonly.” He went on to add:

“Turkish users already knew that virtual materials increase in value when supply and demand are created in the markets, or depending on their popularity, they may decrease in value. That’s why Turkish users adopted to cryptocurrencies very fast and easily. Of course, a high percentage of digitally literate people among Turkish users and being informed about trade in our historical past were contributing factors to the situation.”

Back in August 2014, Cointelegraph interviewed the founder of QuazarCoin, who goes by the name Orhan, about the state of crypto in Turkey. At the time, the regulatory environment in the country was not ideal, as the nation had banned Twitter amid rising political uncertainty.

In that interview, Orhan said Turkey was not the best place to develop crypto, not even Bitcoin itself, as the country did not have any frameworks nor the political stability set up to deal with the technology. He added that: “I think this is the reason why people connected to Bitcoin or alternative cryptocurrencies do not want to show their face or their true name to the general public.” These are some harsh criticisms for a country that would become a global leader in crypto adoption just five years after these words were said.

In 2017, the Turkish government made news with another major push back against crypto. The government claimed that Bitcoin was “not compatible” with Islam due to the speculative nature of buying and selling it. However, Ozistek recently told Cointelegraph that he thinks that blockchain and cryptos are pro-Islam, saying, “Instead of being haram, blockchain technology and cryptocurrencies are more in accord with Islamic Finance rules.” He went on to explain:

Economic uncertainty one of the leading causes of adoption

Turkey’s political situation for the past decade has been rocky. The relationships with its highly distrurbed neighbors, Iraq and Syria, put the country at the heart of one of the most violent international conflicts in recent memory. Additionally, the country’s relationship with global superpowers Russia and the United States hasn’t always been great either.

All of these factors came together to make the Turkish lira one of the most volatile national currencies. Volatility wasn’t the only factor that led to the country’s migration toward cryptos. It was the uncertainty associated with the currency, too. Şant Manukyan, the director of international markets at İş Yatırım, told Cointelegraph regarding the issue:

“When compared to other countries which include Argentina or countries with collapsed infrastructure such as Venezuela, the situation of Turkey is much more different, and better. Bitcoin is highlighted in these countries as a protection from devaluation and as a way to carry the money abroad. In Turkey, it provides an alternative to investors who use dollar but look for profit; but it’s not as common as other countries for sure.”

July 2016’s failed coup d’état led to a sharp decline in the lira’s price. The lira sinking in August 2018 marked two years of economic uncertainty. Coupled with poor political relations with the U.S. and an impending debt crisis, high inflation and low interest rates, it was a perfect storm for an already tech-ready country to adopt crypto.

The correlation of economically affected countries and high crypto adoption can be seen elsewhere across the global — such as Venezuela, Iran and Zimbabwe — giving credence to the theory of Hyperbitcoinization. Yasin Oral, the CEO and founder of Bitcoin exchange Paribu, told Cointelegraph:

“When a country go through an economic crisis it causes the investors to seek new channels and untroubled markets. In addition to this the fluctuating exchange rate gives way to new investment tools. In Turkey, the crypto money and the other digital assets were accepted as a new means of investment thanks to the population that can easily adapt to new technologies. If you pay attention to the local surveys, crypto money owners plan the digital assets as long term investments as well as actively making transactions.”

Turkey’s Ministry of Industry and Technology announced plans to establish a national blockchain infrastructure during its Strategy 2023 presentation on Sept. 18 in Ankara. The plan necessitates working with Turkish regulators to assist in creating a regulatory sandbox for blockchain applications. This accompanied several blockchain technology implementations, like the Istanbul Blockchain and Innovation Center, known as BlockchainIST Center.

Talking about the country’s policymakers jumping on the crypto bandwagon early, Ozgur Guneri, the CEO of the BTCTurk exchange, told Cointelegraph that he believes Turkish policymakers are keen to see what blockchain and crypto can bring to the table, adding that:

“The latest major policy decisions were Turkish Central Bank’s aim to launch a crypto currency and Financial Crimes Investigation Board’s decision to loosen its strict stand towards cryptocurrencies. I believe that major motivation behind Turkey’s interest in cryptocurrencies and blockchain is its revolutionary technology and all the potential disruption they may bring to the economy.”

Turkey has a vision of making Istanbul a financial center, and all institutions are working toward that end. Talking about the hard path to make Turkey a global financial hub, Özistek said it will not be an easy task to take that status away from the United Kingdom and Switzerland:

“By making necessary investments in cryptocurrencies and blockchain technology, and creating infrastructure and legal regulations, Turkey may surpass its strong rivals just as a technology entrepreneur. I think this is the primary motivation.”