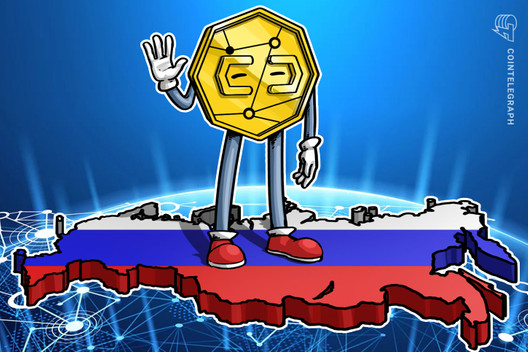 Russia’s newly passed crypto bill finally provides a legal status to crypto, but does not allow it to be used as a payment method.

After initiating the bill back in 2018, Russian authorities have finally agreed to provide a legal status to cryptocurrencies, preparing to adopt the first major part of legislation for the industry.

Following the latest Duma’s decision, the bill “On Digital Financial Assets,” or DFA, is expected to be officially adopted in Russia on Jan. 1, 2021. The bill provides a legal definition to digital assets and legitimizes cryptocurrency trading in Russia. However, the bill prohibits the use of cryptocurrencies like Bitcoin as a payment method.

The actual regulation will be set out in another bill

While the DFA bill provides the foundation for Russia’s cryptocurrency legislation, the regulation of the industry will mainly be a part of a different bill. The latest report confirms the fact that the actual regulatory framework for crypto will be set out in the bill “On Digital Currency,” or DA. As reported, the Duma expects to pass the DA bill during the autumn session, which ends in late December.

Some industry players are confident that the latest DFA bill should not be treated as the actual green light to crypto. Maria Stankevich, head of business development at crypto exchange EXMO, reportedly said that the DFA bill should be regarded as a “glossary” to crypto, while the DA bill is still being discussed by various Russian authorities and may eventually “come as a surprise.”

The new legislation to allow Russians to issue stablecoins

Anatoly Aksakov, a member of the State Duma and a major figure behind Russia’s crypto legislation, reportedly said that the new law will allow local firms to issue stablecoins — a “stable” type of cryptocurrency that is often pegged to fiat currencies like USD.

According to the official, Russians will be able to launch such coins as well as exchange them for other assets including digital assets that were issued abroad.

Russia’s central bank will act as a major industry regulator

As part of the new legislation, Russia’s central bank, the Bank of Russia, will reportedly become officially authorized to oversee the activity involving issuance of digital currencies in the country. Additionally, the bank will reportedly be able to impose additional requirements to crypto issuers as well as cryptocurrency exchanges. Russia’s central bank will also be in charge of providing a framework on what types of digital currencies can be purchased by qualified and unqualified investors.