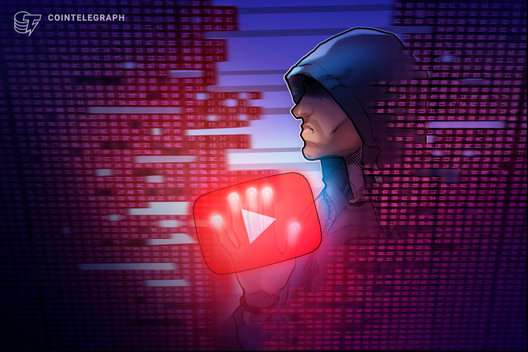 Slovakian software security firm Eset has uncovered that cyber criminals behind the Stantinko botnet have been distributing a Monero (XMR) cryptocurrency mining module via Youtube.

Stantinko botnet has been active since at least 2012

The Stantinko botnet, which has been active since at least 2012 and predominantly targets users in Russia, Ukraine, Belarus and Kazakhstan, reportedly uses YouTube channels to distribute its cryptojacking module, which mines the privacy-focused crypto coin Monero on the CPUs of unsuspecting victims.

This cryptocurrency-stealing malware has reportedly infected around 500,000 devices, and is similar to the recently discovered malicious malware, Dexphot, malware discovered by Microsoft that has already infected more than 80,000 computers.

These crypto-hijacking codes steal processing resources, take over legitimate system processes and disguise the nefarious activity with the ultimate goal of running a crypto miner on the infected devices.

Eset informed YouTube, which reportedly responded by removing all the channels that contained traces of Stantinko’s code.

“I can confirm that the malicious binary is stealing coins. Roughly 9 hours after I ran the binary a single transaction drained the wallet. I downloaded the build yesterday around 6pm Pacific time.”