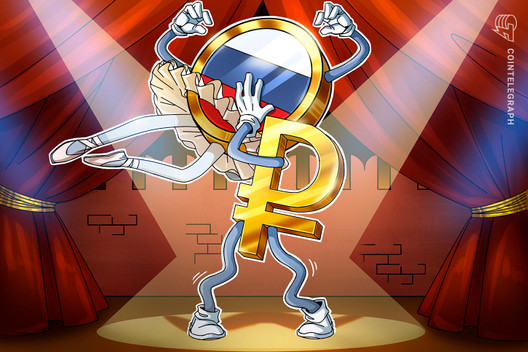 The Central Bank of Russia (CBR) announced on Feb. 17 the completion of a blockchain tokenization pilot using a platform developed by Nornickel within its regulatory sandbox.

The platform is open to all organizations and it allows them to issue hybrid tokens backed by a basket of assets. The technology is said to expand financing possibilities for businesses, while giving new investment options for its users.

The head of CBR’s fintech division Ivan Zimin noted that it was one of the biggest projects backed by the sandbox. He was especially excited about the possibility of issuing hybrid tokens, believing that they can “quickly adapt to demands from businesses and users.”

Zimin also revealed that the bank proposed a regulatory amendment driven by the results of the pilot:

“Following the results of the pilot program, the Central Bank of Russia proposed amendments for the federal bill project ‘On digital financial assets’ that are required to integrate and develop these solutions on the growing digital asset market.”

The platform was developed by Nornickel, one of the largest mining companies in the world. The corporation previously developed the platform to tokenize palladium, and began testing a digital asset trading platform in December 2019.

In January 2018, the Russian parliament began work on a bill regulating the usage of digital assets. Multiple delays have crippled the adoption of the bill, which still remains under consideration as of February 2020.

Though Russia’s new Prime Minister identified the digital economy as one of the government’s key priorities, progress is not uniform. Despite solid support for blockchain, the country’s regulators are still skeptical of cryptocurrencies.

Alongside the complex decision-making process, several ministries and the central bank were reportedly considering a ban of cryptocurrency for payments in November, as well as plans for a legal framework to “confiscate” Bitcoin (BTC).