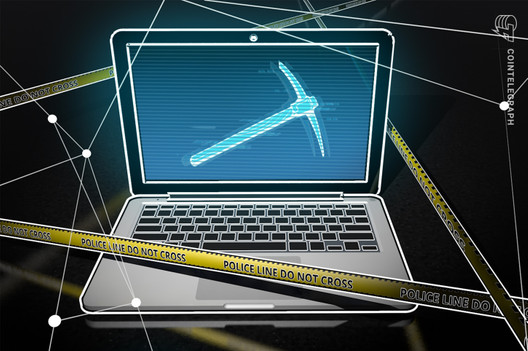 Russian police arrested a 30-year-old crypto miner who they accuse of stealing over $494,000 in electricity from the state power network.

Police arrested a resident in Makhachkala, Russia, on June 9, who allegedly created an illegal massive crypto-mining structure that connects around 500 platforms to the local power supply network.

According to the June 6 announcement from local authorities, the 30-year-old crypto miner established a mining scheme that caused economic damage to the state power grid valued at over 34 million rubles ($494,000).

The report claims the unidentified individual rented the third floor in a non-residential location in May, located on a construction compound in the suburban town of New Khushet, where he started a mining farm to generate Bitcoin (BTC) and altcoins.

Police reported that the alleged miner connected to the cables that ran the power line for the compound through specialized equipment.

Elements seized by the police

Law enforcement opened a criminal case against the suspected miner for causing property damage by fraud or breach of trust. At the same time, a preliminary investigation is ongoing to clarify whether the Makhachkala resident was complicit in the mining scheme.

Police did not provide further details on what altcoins the suspect was mining, or how much profits the scheme generated in the short period that the crypto mining rigs were active.

Recently, Russian Police launched a criminal investigation against a former regional post office chief, who managed to mine cryptocurrencies through the office’s network in a town of Mineralnye Vody located in the south of the country.

Cointelegraph also reported about an operation conducted by the Russian authorities on March 27 that led to the capture of Bitcoin miners, who stole $200,000 worth of electricity each month.