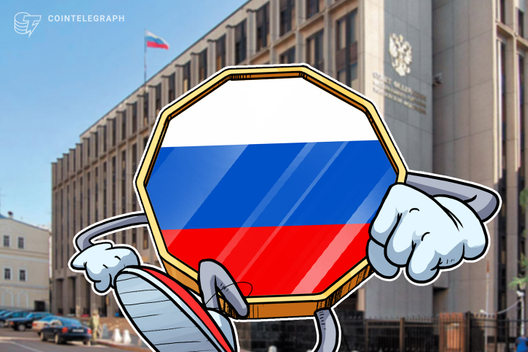 The first deputy governor of the Russian central bank said that the bank expects the local crypto bill to be adopted in the spring session.

The central bank of Russia believes that the draft bill on crypto regulation is prepared enough to be adopted in the spring of 2019, local news agency TASS reports on May 22.

Olga Skorobogatova, first deputy governor of the Russian central bank, has stated that the bank expects the crypto bill, “On Digital Financial Assets” (DFA), to be adopted during the spring session in 2019 in accordance with the order of the country’s president, Vladimir Putin.

Speaking at a recent meeting of the Parliament, Skorobogatova argued that the DFA, as well as a draft law on crowdfunding and other crypto-related bills, are at a “sufficiently high degree of preparedness” to be adopted during the session.

The official has also emphasized that all those draft laws are “crucial for the country and will allow for the implementation of new projects.” Conversely, Russian prime minister and former president Dmitry Medvedev had recently stated that crypto regulation is not a priority for the Russian authorities because cryptos “have lost their popularity.”

Yesterday, the Chairman of the Russian Parliament’s Committee on Financial Market revealed that Russian authorities had to delay the second reading of the DAF due to an order from the Financial Action Task Force on Money Laundering (FATF).

While the FATF obligated Russia to legislate major industry terms such as “cryptocurrencies” and “bitcoin (BTC),” Russia’s central bank was reportedly influencing the lawmakers to avoid including some of the terminology in the bill.