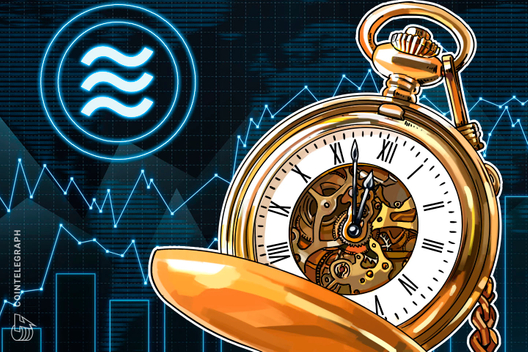 A senior executive at the online giant says that the landscape right now means Libra is “fresh and speculative.”

Amazon would only consider discussing the creation of its own cryptocurrency like Facebook’s Libra in several years’ time, a senior executive said at a conference on June 10.

Speaking at Fortune’s Brainstorm Finance 2019 event, Patrick Gaulthier, vice president of Amazon Pay, said the kind of value transfer system Facebook unveiled this week was a step too far in the current climate.

“It’s fresh, it’s speculative; at Amazon, we don’t really deal with the speculative, in the now,” he said.

Facebook continues to cause a stir in cryptocurrency, financial and government circles in the wake of the first publicity material around Libra going live.

Billed as a network designed to allow users to send money like messages or pictures on social media, the scheme has attracted scorn for its technical setup and roadmap, while some lawmakers have already gone as far as to request the company halt development altogether.

As a potential alternative to fiat money and central banks, other commentators have suggested some governments, for example Russia, will seek to block Facebook and any other product supporting Libra.

In the United States, the Senate Banking Committee will hold a dedicated hearing on the cryptocurrency next month, Cointelegraph reported.

Depending on how the space evolves, however, the retail giant may reconsider the Libra-style cryptocurrency option in the mid-term.

“At Amazon, we deal with data a lot, so I’ll be happy to have that conversation two or three years from now,” Gaulthier summarized.