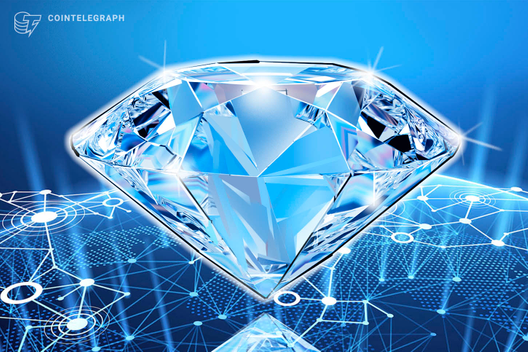 Together with blockchain platform Everledger, Tencent and Alrosa will launch a new diamond-focused retail mini-program targeted at WeChat’s one billion active users, according to a Dec. 16 press release.

In a joint statement, the three firms said the program aims to improve transparency and consumer trust across the diamond supply chain, enabling social media users to purchase diamonds with full knowledge of their origin, characteristics and ownership history.

The three firms claim that the mini-program can help Chinese jewelry manufacturers and retailers to increase trust in their brand and differentiate themselves amid a highly competitive market. The lure is that consumers have access to an immutable blockchain ledger that accurately reflects the history of each diamond.

Alrosa has pledged to provide full information on their diamonds’ extraction in Russia, thus providing users with a reliable measure for the sustainability and “ethical footprint” of their purchases.

As Cointelegraph has reported, Alrosa has a long history of collaborations in the blockchain industry. Back in May 2018, the firm partnered with KGK Diamonds and blockchain startup D1 Mint to tokenize diamonds. It also joined a pilot of the diamond supply chain blockchain platform Tracr, together with industry giant and former monopoly De Beers.

Such platforms aim to assuage consumer concerns in regard to both the authenticity and conflict-free status of diamonds — i.e. that the stones have not been mined in a war-zone, or traded to illicitly fund combat.

Tracr was originally developed by De Beers in conjunction with other industry leaders such as Diacore, Diarough, KGK Group, Rosy Blue NV and Venus Jewel.

Between them, De Beers and Alrosa are estimated to produce roughly half of the global supply of diamonds.