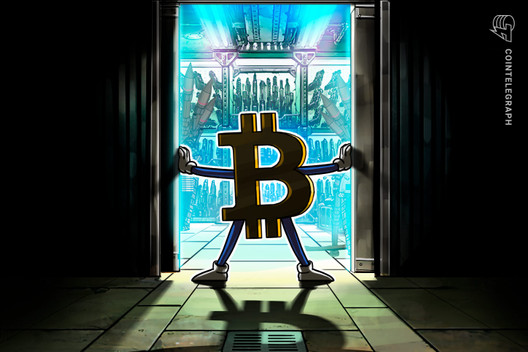 A militant group with ties to the Iranian regime and Hamas — the de facto ruling authority of the Gaza Strip in Palestine — is allegedly upping its Bitcoin fundraising activities.

A militant group with ties to the Iranian regime and Hamas — the de facto ruling authority of the Gaza Strip in Palestine — is allegedly upping its Bitcoin (BTC) fundraising activities.

The spur for the increase is reportedly a slump in resources, compounded by Iran’s recent rejection of the group’s request for financial support.

An analysis of the group’s activities was detailed in a cyber desk report from the IDC’s International Institute for Counter-Terrorism (ICT), as reported by the Jerusalem Post on Jan. 19.

The ICD-ICT cyber desk report claims there has been an “an irregular increase in the scope of activity” of a BTC wallet address (1LaNXgq2ctDEa4fTha6PTo8sucqzieQctq) it ties to the fundraising activities of the Hamas and Iran-affiliated “al-Nasser Salah al-Deen Brigades,” the military wing of the Palestinian Popular Resistance Committees (PRC).

The PRC is a coalition of armed local groups, formed in late 2000, in opposition to what they perceive to be the overly conciliatory line taken by the Palestinian Authority (PA) and Fatah towards the Israeli regime. The al-Nasser Brigades were active in both the 2008-9 and 2015 wars in Gaza and clashed with Israeli forces in Nov. 2018 in response to the killing of a PRC militant.

The Brigades were also responsible for the high-profile kidnapping of Israeli soldier Gilad Shilat in 2006, eventually freed as part of a prisoner exchange in 2011.

According to ICT’s findings, a thorough review of the transactions associated with the wallet revealed that it served a “a seemingly legitimate financial website by the name of cash4ps,” which ostensibly enables the Brigades to send and receive funds out of the Gaza strip whilst ensuring a degree of anonymity to donors and beneficiaries.

The report, which mapped the Brigade’s network of media platforms and various online fundraising strategies, ties the wallet address to a company allegedly identified as operating an account registered at the Islamic National Bank (INB).

INB was blacklisted by the United States Treasury in 2010 due to its being controlled by Hamas, which the U.S. designates as a terrorist organization. It has also been declared illegal by the PA, the Palestinian Monetary Authority and the Palestinian Capital Market Authority.

As of Dec. 1 2019, ICT claims that the total transaction volume in the wallet had hit 3,370 Bitcoin ($29 million at press time), having performed thousands of transactions over a four-year period.

ICT  identified the company’s two physical addresses in the Gaza strip, as well as a key figure purportedly behind the fundraising scheme, Ramadan Alkurd (a.k.a. Wesam Ismael), whose ties to Hamas they traced and documented.

An ICT representative has advised the U.S. government to designate all the accounts identified in the report as terrorist-affiliated entities, and to implement more robust regulatory and legal measures for Bitcoin exchanges in cooperation with international allies.

Hamas’ financial isolation stems from its classification as a terrorist organization, in whole or in part, by several countries and international blocs — including the U.S. and the European Union.

Having ruled the Gaza Strip since 2007, Hamas comprises a social service arm “Dawah” and a militant faction “Izz ad-Din al-Qassam Brigades,” the latter of which initiated this year’s Bitcoin fundraising appeal.

Russia, Turkey and China are among those who do not designate Hamas as a terrorist entity.

As reported, the Izz ad-Din al-Qassam Brigades has likewise allegedly availed itself of Bitcoin contributions, according to investigations by blockchain intelligence firm Elliptic and others.