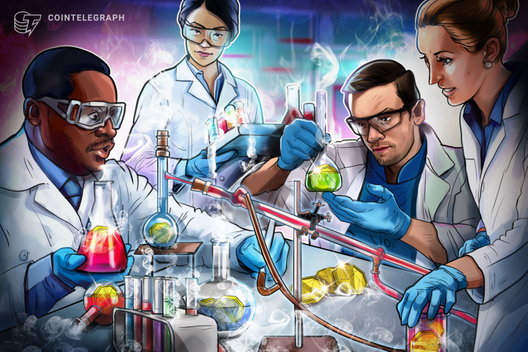 An overview of the stances of China, Russia, India and the developing world toward crypto regulation in 2019.

This is the second part of a three-part series that covers the regulatory landscape for digital currencies in 2019 and looks at the prospects of 2020. While the first chapter in the series looked at the “Insiders,” this installment covers the prospects for the so-called “Outsiders” — i.e., China, Russia, India and the developing world.

Unlike the Insiders, which built the modern financial system on top of the U.S. dollar in the 1940s, the Outsiders pay for access to that system due to varying historical and geopolitical reasons.

Related: 2019 to 2020: Insiders, Outsiders and Experimenters in Crypto Regulation: Part 1

Led by China, the Outsiders shredded extreme poverty over the past 30 years from 40% globally to less than 10% today. Similarly, in terms of the percentage of global GDP, countries not a part of the OECD (i.e., “outsider countries”) has moved from 40% 30 years ago to the majority today — and continues to climb. All of this economic growth, however, has failed to move these countries to the center of the international banking and monetary system.

Plagued by currency instability, and either a real or perceived lack of legal and institutional integrity, the Outsiders constantly battle capital flight to Insider countries, leading to strict capital controls designed to prevent currency expatriation. Given the Outsiders’ recently growing economic clout, we have seen overt pushes from Outsider countries to upend the global monetary order itself. Zhou Xiaochuan, the former Governor of the People’s Bank of China, has argued publicly since 2009 that the U.S. dollar should be replaced as the world’s reserve currency.

If these countries are not able to replace the world monetary order with one in their own image, they would at least stand to lose a lot less should decentralized cryptocurrencies weaken the current order. This potential creates a double-edged sword for Outsiders. On the one hand, an increasingly decentralized global financial system might allow the Outsiders’ growing economic heft to move them to the center of gravity in the world financial system. On the other hand, the growth of crypto industries thus far has, predictably, resulted in net capital flow from Outsider to Insider countries, exacerbating their monetary woes.

Russia: Back and forth, and still unclear

Given this dilemma, the Outsiders’ near-term strategies are similar. Russia, India and China all have histories of initiating or, at least, seriously threatening outright crypto-bans. For Russia, this manifested as one of the earliest on record. In 2014, Russia followed Thailand as one of the first countries to announce a ban on Bitcoin (BTC), followed by Vietnam shortly thereafter.

To borrow a phrase from Winston Churchill, Russia’s 2019 position on crypto remains a riddle, wrapped in a mystery, inside an enigma — at least, to the untrained eye. President Putin’s 2017 powwow with Moscow-born Ethereum founder Vitalik Buterin at the height of the initial coin offering bubble, that saw the launch of dozens of Russian projects, should come as little surprise.

What seems more surprising, however, is the forward-looking nature of the Russian Duma’s October 2019 bill defining “digital rights” and granting legal authority to smart contracts. It is hard not to read this as Russia looking toward the dreamy utopia that crypto evangelists hope for, where commerce is governed by smart contracts and legal rights exist on the blockchain.

At the same time as this uncharacteristic Russian optimism, we have seen Russia’s central bank and Ministry of Finance remain publicly skeptical of cryptocurrencies, and have yet to see Russia overtly legalize them. Whether this internal division is superficial or not, it feels like Moscow’s stance on crypto is always primed for an about-face.

Related: Crypto Remains Unregulated in Russia — Lots of Talk but No Action

This Russian political configuration is reminiscent of the South Korean regulatory dance during the height of the ICO bubble. South Korea, hardly a traditional Outsider, shares the Outsider’s characteristic need to prevent capital flight. In the span of a few days in January 2018, we saw the minister of justice in South Korea (the country with the then-highest crypto-penetration rate) declare the asset class illegal, the finance minister publicly disagree, and then Prime Minister Moon Jae-in play hero, striking a compromise by legalizing the industry with Know Your Customer rules and mandatory capital flight controls for South Korean nationals. Thus, it is hard to tell whether political divisions on crypto in the upper echelons of these countries are real or an illusion.

India: The most radical decisions

Of all of the major Outsiders, India is probably the farthest from feeling the long-term upsides of a decentralized world. It is perhaps for this reason that Indian laws are among the most draconian, with a legislative panel proposing a ban on all non-sovereign cryptocurrencies in July 2019, including a violation penalty of up to 10 years of imprisonment.

If you are good at pattern recognition, you probably predicted that this ban was followed by wide-ranging political conversations about cryptocurrencies and promises of pending legislation. Given that it is no secret that Libra is targeting India, it is also worth noting that a few weeks prior to the July panel’s pronouncements, an Indian cabinet official announced that the country is not comfortable with the Facebook project. It is hard to say whether the recent anti-crypto sentiment was exacerbated by the Libra revelation, but the timing looks suspicious. To date, there has been plenty of posturing to suggest that legislative action is pending — perhaps it will reveal itself in 2020.

Finally, we turn to China, whose monumental pivots cause seismic reactions in the crypto markets. 2019 witnessed China pivot stronger than any Outsider country toward crypto, announcing blockchain as central to its upcoming five-year plan. Perhaps more importantly, however, shortly after pronouncements on Libra, China sharpened state publicity of its foray into central bank digital currencies, a development coming far sooner than expected. This all comes on the heels of China’s routine invasions of local crypto exchanges, after banning ICOs, repeatedly threatening to ban cryptos, and making it essentially illegal as of 2018 for crypto-to-fiat businesses to operate on the mainland.

To understand the significance of China’s proposed digital currency, consider how it accelerated the yuan’s internationalization strategies in recent years. In 2019, the yuan secured the spot as the third most used currency in global trade finance — whereas 30 years ago, it had no material use in global trade finance. This spot, however, represents just 1%–2% of payment volume, while the U.S. dollar holds firmly in first with around 90%. It is hard not to see China’s foray into CBDCs as an effort to get ahead of the curve and the dollar, at least in crypto markets, which is quite bullish for the industry.

On some level, it is clear that either the policies of China’s central bank, the PBoC, or the Chinese public’s appetite for crypto puts China at a greater short-term risk of capital flight than the other Outsiders, but its own burgeoning startup, e-commerce and artificial intelligence industries are positioning the country for long-term competitiveness in a more decentralized financial world.

With all of this, the situation remains volatile. As recently as Dec. 27, Chinese financial regulatories issued a stark warning against consumer use of Bitcoin and other cryptocurrencies. Needless to say, the machinations at the top of the Chinese Communist Party remain the X-factor for the crypto markets in 2020 — with President Xi wielding the power to wreck your portfolio harder than an inverted cup and handle on BitMex.

In the third and final installment of this yearly crypto recap, we will look at the “Experimenters”: the countries that have waded into the uncharted regulatory waters to bring crypto projects onshore.

Zachary Kelman is the managing partner of Kelman.law (Kelman PLLC), a boutique law practice based in New York specializing in matters related to cryptocurrency and blockchain technology. The firm handles both litigation and corporate matters, including advising on compliance with international standards for data and financial services. Zachary has advised governmental bodies and central banks around the world on the application of local and international laws to digital assets and their many uses.